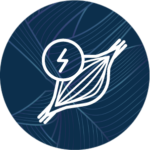 What is Laser therapy?

Laser is an acronym for Light Amplification by Stimulated Emission of Radiation. Laser therapy makes use of a single wavelength of a single colour of light that travels in a single direction. This light beam is thus concentrated in a defined body area, producing various positive physiological adaptations in the targeted tissue.

Low-level laser therapy (LLLT) is most commonly used in physiotherapy practice. LLLT does not produce heat and is thus also called “cold laser” therapy. The light energy from the laser is absorbed by the cells in the body and used as fuel for the cells.

LLLT is an effective, non-invasive treatment procedure that enhances the function of bodily cells, accelerates healing processes, acts as an anti-inflammatory agent, and results in pain relief. This stimulates the cells to perform their function as they are intended to do, just a bit faster.

Ultrasound actually produces mechanical energy, causing vibration at different frequencies, which is in fact, sound energy. Humans are unable to hear sound in the ultrasound range.

When body tissues and fluids are exposed to ultrasound, they oscillate, resulting in the generation of heat, and the formation of tiny gas bubbles. The thermal effect that ultrasound has on the targeted tissue, by raising its temperature, results in increased blood flow, which promotes the healing process of the tissue. The heating effect helps to manage muscular pain and chronic inflammatory states.

Ultrasound also has non-thermal effects, where tiny gas bubbles form within tissues, causing mechanical stimulation and alteration of cells. This also enhances healing within the tissue in the acute phase of healing, and assists with the repair and remodeling of new tissue later in the healing process.

Ultrasound is a safe, non-invasive technique that is used to treat multiple conditions including acute wounds or soft tissue injuries, muscle pain, joint pain, and less commonly fracture healing. The frequency, intensity, and duration of ultrasound application will depend on the targeted tissue and aim of treatment. A conduction medium such as gel is used to transmit the ultrasound into the body tissues. The gel is applied to the skin and a handheld probe is used to apply the ultrasound.

What is Interferential therapy?

In IFT, two medium frequency currents are passed through body tissues at the same time. When these two currents meet and intersect, they “interfere” with one another to have a similar effect as that of low-frequency stimulation. Because this interference occurs within the tissues, it lessens the amount of discomfort associated with the direct application of low-frequency therapies such as TENS.

What conditions are treated with Interferential therapy?

IFT can be used to treat acute and chronic pain conditions such as lower back pain and sciatica, to reduce muscle spasms, reduce swelling after ligament sprains or muscle injury, and to stimulate muscles where there is weakness. It is also believed that IFT has a role in encouraging tissue healing and repair as it increases local blood flow to the tissues.

IFT is applied using pad electrodes with sponge covers. The sponge covers are wet to act as a conductor of the currents. IFT will not be used near your eyes, when you have heart problems, a pacemaker, or epilepsy, are pregnant, have an active infection, or have skin problems.

What is spinal traction?

A spinal Traction is a machine that uses mechanical forces to stretch and mobilise the spine. Spinal traction is a non-surgical treatment intervention that relieves pain by stretching the spinal muscles and creating space between the intervertebral foramen to relieve nerve root impingement.

Spinal traction is not indicated for everybody and the physiotherapist will determine if this type of treatment will benefit you or not.

We use cookies on our website to give you the most relevant experience by remembering your preferences and repeat visits. By clicking “Accept All”, you consent to the use of ALL the cookies. However, you may visit "Cookie Settings" to provide a controlled consent.
Cookie SettingsAccept All
Manage consent

This website uses cookies to improve your experience while you navigate through the website. Out of these, the cookies that are categorized as necessary are stored on your browser as they are essential for the working of basic functionalities of the website. We also use third-party cookies that help us analyze and understand how you use this website. These cookies will be stored in your browser only with your consent. You also have the option to opt-out of these cookies. But opting out of some of these cookies may affect your browsing experience.
Necessary Always Enabled
Necessary cookies are absolutely essential for the website to function properly. These cookies ensure basic functionalities and security features of the website, anonymously.
Functional
Functional cookies help to perform certain functionalities like sharing the content of the website on social media platforms, collect feedbacks, and other third-party features.
Performance
Performance cookies are used to understand and analyze the key performance indexes of the website which helps in delivering a better user experience for the visitors.
Analytics
Analytical cookies are used to understand how visitors interact with the website. These cookies help provide information on metrics the number of visitors, bounce rate, traffic source, etc.
Advertisement
Advertisement cookies are used to provide visitors with relevant ads and marketing campaigns. These cookies track visitors across websites and collect information to provide customized ads.
Others
Other uncategorized cookies are those that are being analyzed and have not been classified into a category as yet.
SAVE & ACCEPT
× Contact us via WhatsApp!